The Weather Channel (TWC) is a live 24-hour weather news network that started to broadcast on May 2, 1982. The channel begins airing locally to Cox Cable subscribers. Read More

2005 was the year when the channel redesigned its logo and revamped its programming to a next level in the field of weather reporting.

3- Launch of a HD Studio

(On July 7, 2008, NBC Universal along with two private equity firms, Bain Capital and Blackstone Group, announced plans on buying the channel & assets for $3.5 billion. The deal was made & closed on September 12, 2008.)

TWC produces a service that based on some advanced versions of WeatherStar technology, called Weatherscan on which a separate station constantly displays local & regional conditions & forecasts along with TWC’s logo & advertisements.

Headquartered in Atlanta Georgia, The Weather Channel only runs their US station, although it does air a forecast for international locations.
TWN (The Weather Network) is the Canadian-based sister network of the TWC. The sister channel uses the same technology that is currently used by its parent station.

Apart from delivering its cable TV programming, The Weather Channel also provides forecasts for terrestrial & satellite radio stations as well. The channel holds its extensive online presence via “Weather.com,” which is the official website of TWC, and started its operations back in 1995.

From November 2008 to February 2009, The Weather Channel laid off nearly seven of its long-time on-camera meteorologists: Eboni Deon, Kristina Abernathy, Kristin Dodd, Cheryl Lemke, Rich Johnson, Mark Mancuso and Dave Schwartz (Schwartz would return to TWC in April 2014). Except for Deon, all had been on the broadcast for many years, and the network had continued three of them for over twenty years.

A synopsis of The Weather Channel’s programming 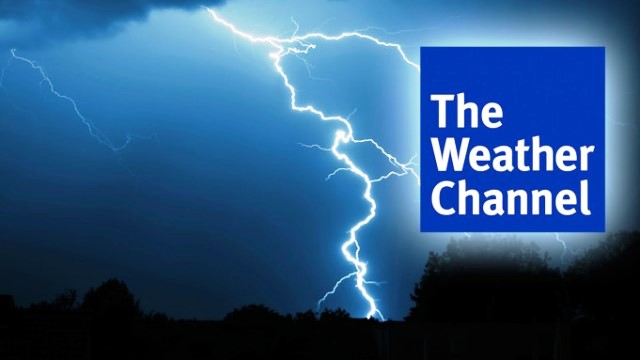 The Weather Channel is currently an exclusive platform for all the weather-related programs and reality TV shows.

America’s Morning Headquarters or AMHQ – an American morning television program on The Weather Channel airing every morning 5 to 9 am.
AMHQ focuses primarily on morning weather conditions, news, and markets information from around the US.
The program was set to air until 10 am, however since 2017, it’s usually cut back an hour for additional live broadcasts for Weather Center Live–another late-breaking weather and forecast information program by TWC.

Strangest Weather on Earth – a TV series starring Mike Theiss. He drives a look at some of the much-less-usual environments, with eyewitness accounts and with meteorological and other reasons for the events from experts in various fields.
Online services by TWC:
The Weather Channel offers numerous customized forecasts, including home, garden, and event planning forecasts. It also provides WAP access for its mobile phone users, and customized weather feeds for individual websites.

TWC follows a two-tiered service model, where the free service bearing advertisements and their pay service lacking ads & delivering enhanced radar & mapping functions. IBM buys online service of the network. Here is the website: http://www.weather.com/ is available live on our site so you can watch some up-to-the-minute predictions on how’s your weather is going to be in the next moment!

Leadership at The Weather Channel

David Kenny is the CEO of network. He replaced Mike Kelly at the Weather Company in January 2012.

Current programs on The Weather Channel

Italian cruise ship detained due to coronavirus fears: Over 6,000 in...

Algorithmic bias in AI and machine learning: problems and solutions