President Donald Trump said Wednesday after the missiles strike that the U.S. will “immediately impose additional punishing economic sanctions on the Iranian regime.”
The Treasury Department of the U.S. released a statement about Iranian officials saying that they’ve advanced the regime’s destabilizing objectives. The officials include the deputy chief of staff of Iranian armed forces and the secretary of Iranian supreme national Security Council.

“The United States is penalizing senior Iranian officials for their contribution and complicity in the Tuesday’s ballistic missile strikes,” Steven Mnuchin said in the release. Treasury also included 17 Iranian metal producers and mining companies, along with entities operated in Seychelles and China, for other penalties.

Today @SecPompeo and I announced new #sanctions against Iran. See video included. We are grateful to our brave military in Iraq and around the world. https://t.co/OZtKyKCBUM

The sanctions are the latest blow in hostile tit-for-tat exchanges between Washington and Tehran which begun in 2018 – when President Trump unilaterally withdrew from a 2016 international deal to limit Iran’s nuclear activity – and escalated significantly over the past few weeks.
The decision to kill general Soleimani came at a time from the Trump’s administration when pro-Iran protests stormed the compound of the U.S. Embassy in Baghdad, which was itself borne of fury against an earlier round of American strikes that slew members of an Iranian-backed militia. Those U.S. attacks followed a December 27th rocket strike by Iran-supported fighters that wiped out an American contractor in Iraq.
Pentagon blamed Soleimani for the killing of hundreds of Americans and claimed last week that the killed general was “actively developing plans to target American diplomats and service members in Iraq and all over the region.”
The “imminent” threat has been presented as a key part of the Trump administration’s justification for the killing of Qasem Soleimani. 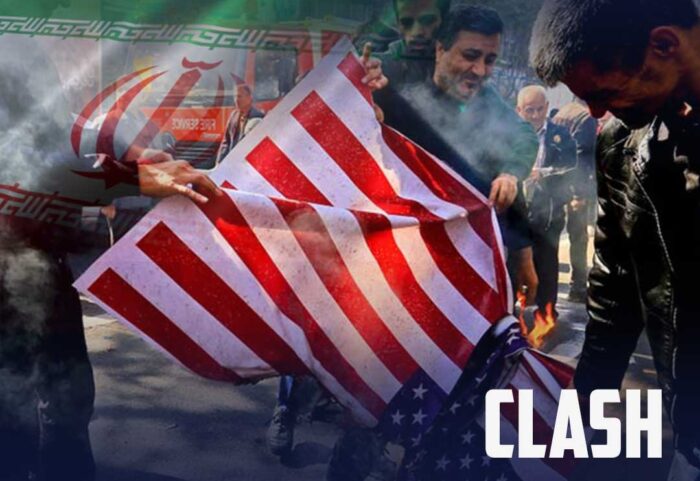 Mark Esper, the Defense Secretary had explained that Soleimani “for sure” had plans to strike the U.S. targets “days” before he was killed.

“This was going to happen, and American lives were at stake,” Pompeo told.

Donald Trump, in the meantime, asserted in an interview that he sees attacks on various U.S. Embassies had been plotted before Soleimani was attacked and killed.
“I can reveal that I believe it would have been four embassies,” Trump told Laura Ingraham, a host at Fox News opinion, in a video clip that broadcast Friday afternoon.

The new sanctions on Iran trail a series of attacks in the Persian Gulf last summer on oil tankers, the shooting of a U.S. surveillance drone and strikes on the world’s largest crude oil facility in Saudi Arabia.
Mnuchin at the White House Friday asserted that previous sanctions on Tehran remained ineffective.

“The economic sanctions are working,” said Mnuchin and added; “If we didn’t have these sanctions in place, literally Iran would have tens of billions of dollars. They would be spending that for terrorist activities all over the area.”

“There is no doubt that by cutting off the economies to the regime we’re getting an impact,” Munching further added to his statement.

In a later announcement, President Trump repeated his insistence that “Iran will never be allowed to have a nuclear weapon.”
“The United States of America will continue to stand against the Iranian regime’s destructive and destabilizing attitude,” Trump said in a statement. He also added that “these punishing economic restraints will stay until Tehran changes its behavior. The U.S. is ready to find peace with all who seek it.”

The State Department officials said last month that the pressure on Tehran “will intensify in 2020, as the United States seek out to rein Iran’s pursuit of nuclear infrastructure and regional aggression.”

“There will be more sanctions on the way, and Iran’s economic issues and challenges are going to get compound in 2020,” told a senior State Department official during a December 30th call with reports.
“They are already under a recession, and we see the Iranian regime deep into greater diplomatic isolation.”

State Department official added the Trump administration had sanctioned about 1,000 individuals and entities with relations to Iran’s malign activities.

The official said on the current condition of anonymity that “What we are undertaking is denying the regime the revenue that it requires to run an expansionist foreign policy, and by that policy, Tehran has less money to use today that it had nearly three years ago when we came into the office.”
Secretary of State Mike Pompeo in last year’s December announced another round of fresh penalties, this time aiming Iran’s biggest shipping company and largest airline, accusing the companies of providing aids to regime’s sponsored propagation of weapons of mass destruction.

“As long as its malign behaviors continue, so will our campaign of heightened pressure,” Pompeo told in a December 11th news conference.