Sultan Qaboos bin Said, one of the Middle East’s longest-serving rulers who upheld Oman’s neutrality in regional struggles, died on Friday at 79. The state media reported his cousin Haitham bin Tariq al-Said was called his successor. 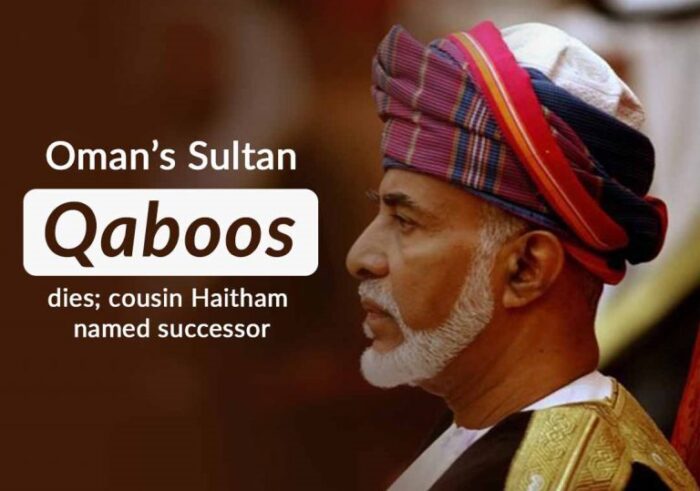 Following his death, the state declared three days of official mourning with flags to be flown at half-mast for 40 days for the Western-supported Qaboos, who led the country since taking over in a bloodless coup in 1970 with the aid of former colonial power Britain.
National television of Oman broadcasted images of the funeral procession driving down a road lined with palm trees. The casket, covered in the Omani flag, was then taken into Sultan Qaboos Grand Mosque in the capital Muscat, where prayers were being performed.

State news agency ONA didn’t announce a cause of death, but Sultan had been unwell for years and stayed a week in Belgium for treatment last month.

Qaboos hadn’t publicly declared his successor, as he had no children. According to a 1996 statute, now it’s up to the rest of the ruling family to choose a successor within three days of the throne becoming vacant. 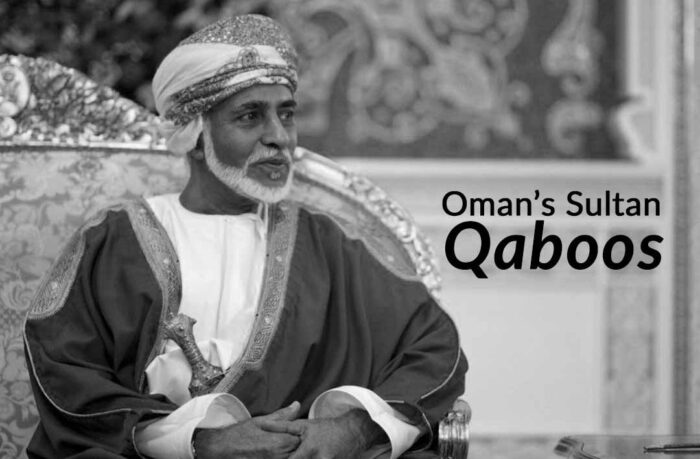 Haitham bin Tariq was named on Saturday after the country’s high military council called on the ruling members’ council to convene and elect a successor.
Before being selected as a successor, Bin Tariq had served as minister of national heritage and culture and had been appointed by Qaboos in 2013 the chairperson of the main committee responsible for Oman’s development.
Middle East is now eyeing on the new Omani Sultan, as it taking power at a time when domestic challenges loom large, from high unemployment rates in the indebted oil territory to strained state finances, and at a time of escalated tension between Iran and the U.S. and its ally Saudi Arabia.

“Analysts are talking about whether any of Oman’s neighboring countries might try to put pressure on the new sultan as he settles into power – just as the Saudis and Emiratis did with Emir Tamim in the weeks and months after he expected power in Qatar in 2013.”

Condolences began pouring in for the white-bearded Qaboos. George W. Bush, former U.S. President, said in a statement that Sultan had been a stable factor in the Middle East. Dubai ruler, Sheikh Mohammed bin Rashid al-Maktoum tweeted him as the Sultan of honor, wisdom and affection.

Located on the southeastern coast of the Arabian Peninsula, Oman has long been to the Middle East what impartial Switzerland is to global diplomacy, balancing ties with two vast neighbors locked in a regional tussle, Iran to the north and Saudi Arabia to the west.

The Sultanate of Oman maintains friendly relations with both Tehran and Washington and had play role as a mediator during U.S.-Iran talks that took place in 2013 and led two years later to the international nuclear pact which Trump administration quit in 2018.

Muscat, the capital city of Oman, didn’t favors the Gulf dispute that saw Riyadh and its allies impose a boycott in med-2017 on Qatar. Also, it did not establish an alliance with a Saudi-led military coalition that occurred in Yemen against the Iran-aligned Houthi movement.
The diplomatic centrality of Oman remains an attribute of Sultan Qaboos’ personality, said Simon Henderson, director of the Bernstein Program on Gulf and Energy Policy at the Washington Institute.

“With Sultan Qaboos has gone, it is now hard to realize how Oman can involve itself in the Iran, Yemen, and Qatar issue until a new leader has settled himself – which means for the foreseeable future.”