Chinese officials told that about 512 coronavirus cases had been reported by four prisons in Hubei province, the epicenter of the outbreak. 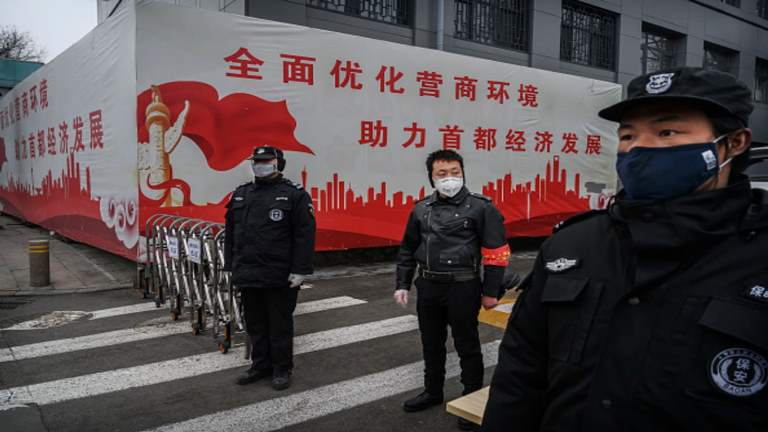 There’re 230 COVID-19 cases at the Wuhan Women’s prison and 41 cases at the Shayang Hanjin prison, according to information made available by the province’s state-run newspaper on Friday.

Hubei’s health commission revised on Friday the number of confirmed cases to account for a written report from the province’s department of prison that announced well over 200 cases in its system.

Out of 271 prison cases, 51 were already included in regional records.

Up east, Shandong province’s Rencheng prison disclosed roughly 207 confirmed cases of the virus, as said by a state news agency Xinhua on Friday.
Seven of those ill are prison officers while the rest are inmates, Xinhua said, adding that infected officers began reflecting symptoms in early February.
Chief of the provincial judiciary department, Xie Weijin, was removed from his post, according to a tweet by Communist Party-owned People’s Daily.

Rencheng Prison in Shandong Province has reported 207 confirmed cases of #COVID19, 200 of whom are prisoners, as of Feb 20. Xie Weijun, the provincial judicial department chief, was removed from his post. pic.twitter.com/LCgOpWK4pD

“The departure was an outcome of inadequate outbreak prevention and control. All are being medicated and isolated,” the state news agency Xinhua added.

Zhejiang province’s Shilifeng prison also seen a total of 34 infections, including 27 new reported cases on Thursday. All of them are inmates, the Chinese media said.

According to Global Times, which is another government news outlet, two of the officials were removed from their posts in this particular case.

Two officials were removed from their posts in a #Zhejiang #prison that has reported 27 confirmed #COVID19 cases. 28 new cases of #COVID19 were confirmed in East #China’s Zhejiang Province on Thursday, including 27 in Shilifeng Prison, bringing the province’s total cases to 1,203 pic.twitter.com/ilvPss6fJP

The Chinese National Health Commission – before sharing the revised Hubei Numbers – said there were 889 new confirmed cases as of Feb. 20, getting the total reported cases to 75, 465.

So far, the death toll in mainland China is around 2,236.

“Jails are turning into a new battleground,” economists from Nomura said in a morning note on Friday, after mentioning that there’s been a considerable rebound of the new coronavirus cases outside Hubei.