The CEO of SpaceX, Elon Musk, seems dissatisfied with his employees due to their lack of progress in developing the Raptor engines for the company’s Starship project. 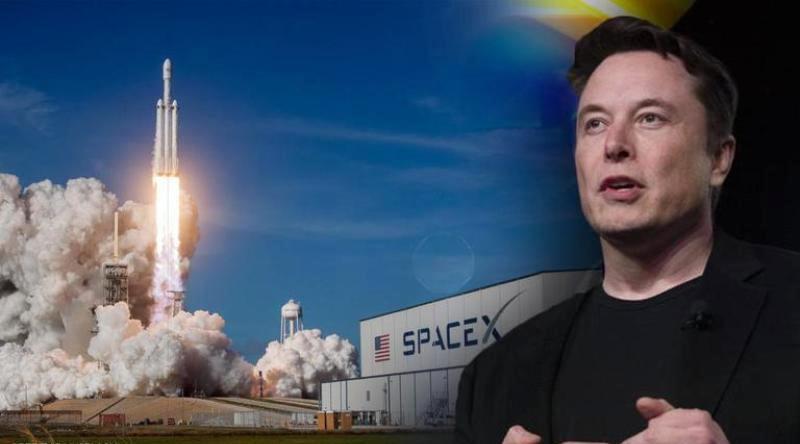 According to CNBC, Musk described a poor situation the day after Thanksgiving in a general email.

“The Raptor production crisis is becoming worse than it appeared a few weeks earlier,” Musk wrote.

“A flight rate of at least once every two weeks is a must for Starship next year, or otherwise we can have a genuine risk of bankruptcy,” Musk added in his statement.

Starship, the monumental, next-generation rocket, is what SpaceX is working to take people and cargo on missions to the moon and Mars.

A couple of short test flights were executed at a facility in southern Texas where the company is testing prototypes for the Starship. But it needs essentially 39 Raptor engines for each rocket prototype to move to orbital launches – requiring a sharp rise in the engine production.

This e-notification from Musk also refers to the situation that took place following the departure of Will Heltsley, the former Vice President of the Propulsion Division of SpaceX. He had been put off the Raptor buildup before he left the company earlier in November 2021.

Heltsley’s exit has been mentioned in the email as a point from where the problems started to worsen and seem “to be far more severe” than previously understood.

The email from Musk was initially reported by Space Explored.

Musk, after learning the Raptor situation, canceled off on the long Thanksgiving holiday and announced to personally participate in engine manufacturing from Friday into the weekend.

The SpaceX founder and CEO wrote to the employees an advisory to have all hands on deck to overcome the disaster. He repeatedly emphasized production as the most crucial part of developing SpaceX’s immense rocket.

A facility in Boca Chica, Texas is where the various prototypes for Starship are in work simultaneously. The company’s next big step in creating the rocket is launching to orbit.

Starship’s first orbital flight was expected to launch in January or February 2022, according to Musk’s Nov. 17 announcement. It was said the flight waiting for regulatory approval from FAA as well as some technical readiness.

A fully reusable rocket and its booster are what the company wants about Starship. They’re looking to make both spacecraft and booster capable of landing after a launch and to be restored for future flights.

The company can repeatedly ground and relaunch the boosters except for the upper portion, or stage, of the spacecraft.

Musk said he wasn’t sure if the rocket would successfully make it to orbit in its first flight, but cited he’s “confident” that it will get to space in 2022. The CEO also revealed at the time that the Starship program is nearly 90% internally funded and there are fewer hopes to receive any external funding or international alliance.

Starship may be crucial for the financial success of the Starlink

SpaceX started the fundraising efforts for both the Starship and its satellite internet program Starlink several years ago. So far, the company has been able to accumulate billions of dollars in funds for both of its projects.

To date, there are about 1,700 Starlink satellites that the company has launched to orbit. Musk considered the first version of the satellite is “financially weak.” For the service to run properly, the company is looking for an average of 140,000 users paying $99 a month.

Improvements towards the satellite’s second version were announced earlier this month by SpaceX, with Musk saying in his email that “V2 is strong” but can only be effective if carried by its Starship rockets.

Earlier in the project, some Falcon 9 spacecrafts were used to launch Starlink satellites, but the company’s CEO explained that those rockets lack the volume or mass needed to successfully position the second-generation satellites. That reflects the completion of the Raptor engine mission is somehow linked with Starlink’s financial stability in the long run.

At the time, SpaceX is ramping up its Starlink antennas’ production to several million units a year. However, these will be “useless otherwise” if Raptor doesn’t succeed, Musk said in the email.