On this Sunday, President of the United States Donald J. Trump has threatened to slap sanctions on Iraq after the Iraqi parliament passed a resolution calling for the expulsion of U.S. troops from the country. 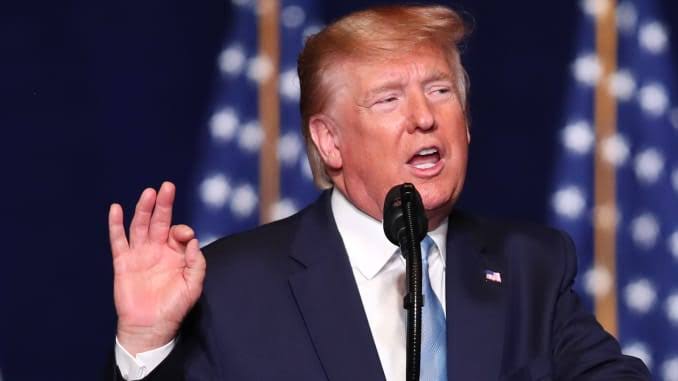 Conflict in the Middle East escalated last week following the killing of a top Iranian general, Qasem Soleimani, in a Trump-directed U.S. airstrike in Baghdad.

Talking to reporters on Air Force One, President Trump said: “If they do ask us to leave, if we don’t do in a very friendly basis, we will charge them sanctions like they’ve never seen before ever.”
“It will make Iranian sanctions look somewhat tame,” Trump added.

According to Trump, the U.S.A. has a very expensive airbase in Iraq which cost billions of dollars to build. Therefore, “we’re not leaving unless they pay us back for it,” the U.S. President said.
Mr Trump also said that “if there’s any hostility, that they do anything we think is inappropriate, we’re going to introduce sanctions on Iraq, very big sanctions on Iraq.”

Qasem Soleimani, the leader of a Special Forces unit in the Islamic Revolutionary Guard Corps (IRNA), was the leading brain behind Iran’s military operations overseas.
He found dead late Thursday while leaving Baghdad airport when his convey got struck by a U.S. drone, ordered by Trump.
One of those killed with Soleimani was a top Iraqi militia leader, Abu Mahdi al-Muhandis, who also remained deputy commander of Iran-backed militias called as the Popular Mobilization Forces.

The Iraqi government has criticized Washington of violating its sovereignty.

According to a resolution passed by Iraq’s parliament Sunday, they demanded that Iraqi government must work to end the presence of any foreign troops on the Iraqi soil and forbid them from using its land, airspace or water for any reason. 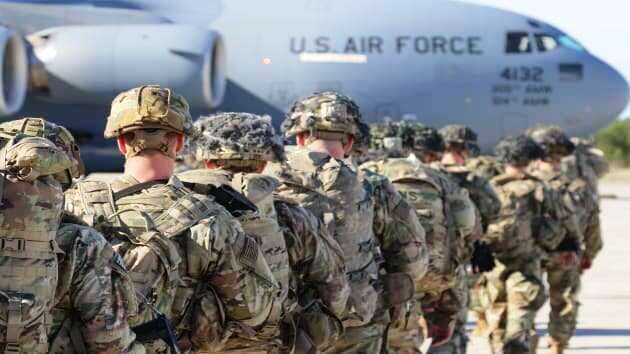 The U.S. ambassador to Iraq Matthew H. Tueller is set to meet the Iraqi Primer Minister Adil Abdul-Mahdi on Monday to discuss the future of American soldiers in Iraq, told NBC News by two U.S. officials in touch with on-going U.S.-Iraq situation. They said the United States was hoping Mahdi to inform the ambassador of its decision to expel U.S. forces from Iraq.

The killing of Soleimani heightened tensions between the U.S. and Iran, which were already worsening after Trump in 2018 withdrew from the landmark Iran nuclear agreement brokered by the Obama administration.
Tehran has declared revenge for the commander’s targeted killing.

The U.S. President Donald Trump said on Saturday in a series of tweets that the U.S. has locked in 52 Iranian sites “at a very high level and important to Iran and Iranian culture.”
Trump also warned in those tweets that the U.S. would come “very fast and very hard” if Tehran retaliates.

….targeted 52 Iranian sites (representing the 52 American hostages taken by Iran many years ago), some at a very high level & important to Iran & the Iranian culture, and those targets, and Iran itself, WILL BE HIT VERY FAST AND VERY HARD. The USA wants no more threats!