A Hong Kong property developer during an informal event Thursday at the World Economic Forum suggested that the U.S. might have chosen the wrong decade to start a trade conflict with China. 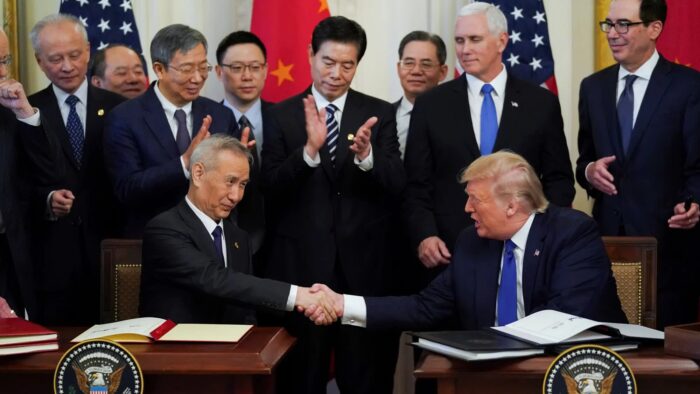 The U.S. unwrapped a trade conflict with China around two years ago when it imposed tariffs on the Chinese solar panels and washing machines.
Since then, both of the world’s largest economies have put additional duties on each other’s products on various occasions.

The standoff between them appeared to have entered a short truce last week when they signed a “phase one” trade agreement.
The deal did not ease all the tariffs levied by the two countries on each other, but both sides accepted to negotiate more during the next round of trade talks.

“I think the U.S. picked the war to fight with China … at really a wrong time,” said Tan Sri Dato’ David Chiu, Hong Kong property developer and the chairman of Far East Consortium International. He further described during a panel session in Davos that both parties “should have picked the war ten years ago.”

“China now has over 1.4. Billion people – the world’s second-largest,” David Chiu said, and added that “Who’s going to use more Coca-Cola and McDonald’s than China?”

China is currently home to the world’s largest population, followed by India and the U.S. The United States, on the other hand, contributed mostly to the share of global growth, followed by China.

Phase one deal between U.S. and China

China, under phase one deal, agreed to buy an additional $200 billion U.S. goods over the next two years. But some experts have shown concerns about the agreement, with some anticipating it was a “fragile” deal.

Analysts, while speaking at the World Economic Forum in Davos, said that the deal was a “disaster” and only an “intermediate step” to allow tension to slow down.