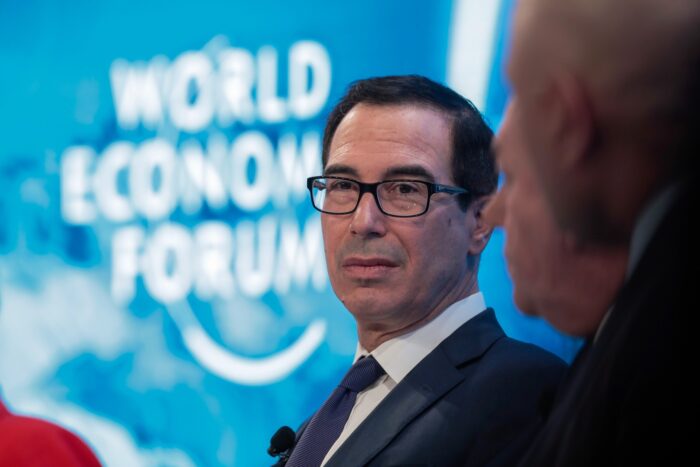 When asked to share his views on Greta Thunberg (a Swedish climate activist) Thursday on “Squawk Box,” Mnuchin said to the co-host Joe Kernen, “Let me just mention because obviously, the climate issue is something that is being discussed about this week.”

“And I think, quite frankly, our environmental policies are misunderstood. The president fully believes in clean air and freshwater. He likes to support a clean environment,” Mnuchin told Kernen.

President Trump has oftentimes conveyed skepticism about the scale of the climate crisis, and on Tuesday, he criticized participants at the World Economic Forum to ignore the “perennial prophets of doom.”
The U.S. president didn’t call anyone directly in his speech, but he did encourage listeners to reject climate “alarmists” and their respective “predictions of the apocalypse.”

Trump administration since coming to power in 2016, has worked to pull the U.S. – one of the world’s chief carbon emitters – out of the Paris Agreement and wished to roll back over 80 environmental regulations.

“If you take a look at some real environmental issues right now, they’re in China, they’re in India. If you look at what the U.S. has been doing on its own, without any government intervention, the industry has become a lot more efficient on carbon emissions,” U.S. Secretary of Treasury, Steven Mnuchin said.