Home U.S. ‘We don’t know precisely when or where Soleimani planned to attack,’ says...

The United States did not know precisely when killed Iranian military commander Qasem Soleimani had planned to attack Americans, Secretary of State Mike Pompeo said while maintaining the Trump administration’s line that such strikes were about to take place. 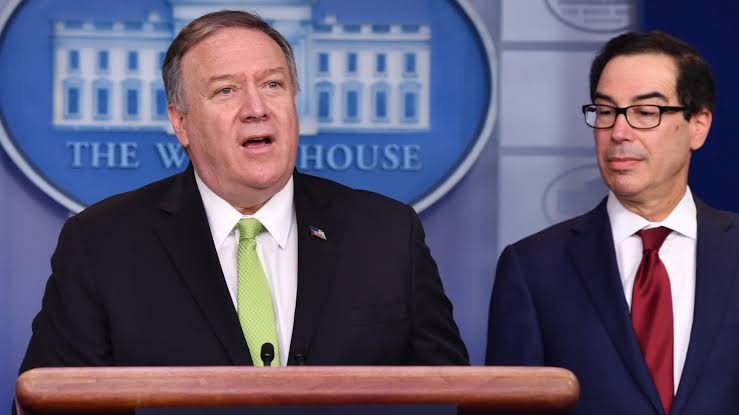 Since validating last week that Soleimani had been slain in an airstrike in Baghdad, President Donald J. Trump’s administration has said that the decision was made mainly because Iran’s general was “actively developing plans to attack U.S. diplomats and service members operating in Iraq and throughout the Middle East.”

Defense Secretary Mark Esper claimed that Qasem Soleimani “for sure had plans to target Americans “days” before he was killed.”

However, neither the Pentagon nor the White House immediately responded to any requests for comment on Michael Pompeo’s statements.

Trump’s administration has been circumspect about what those plans actually entailed and when they were likely to be executed.
Some of the Congress members, including a few Republicans, have complained about the insufficiency of the administration’s classified explanation regarding Capitol Hill.

“Why last Friday? What had occurred that triggered this rather startling attack at this particular moment in time? Sen. Angus King – I-Maine – asked on CNBC this Thursday.

Members of Congress seemed agreed that Soleimani, who has been alleged for the loss of lives of hundreds of Americans, had posed a significant threat to the U.S. personnel and interests in the Middle East.

Pompeo spoke with Fox; it’s “most unfortunate” that “a number of people are using this as a political ax to grind.”

Donald Trump, despite stumbling specifics, has released a series of claims, without presenting evidence about what general Qasem Soleimani had planned.
In an auditorium packed with supporters during a Thursday night rally in Toledo, Ohio, President Trump told that “Soleimani was definitely planning new strikes, and he was aiming very actively at our embassies, and not just the embassy in Baghdad.”

“It was Soleimani’s forces that penetrated our embassy just a few days before that,” Pompeo said while he was answering to Fox Opinion’s host Laura Ingraham about his claim for killing Qasem Soleimani.
Pompeo added that “I don’t think there should be any doubt that the Iranian general had intentions not only against our military, our diplomats in Iraq but in other countries in the region and world, as well.”