The U.S. has recently issued a travel advisory note for China that the Trump administration is considering suspending all flights from China to the U.S. 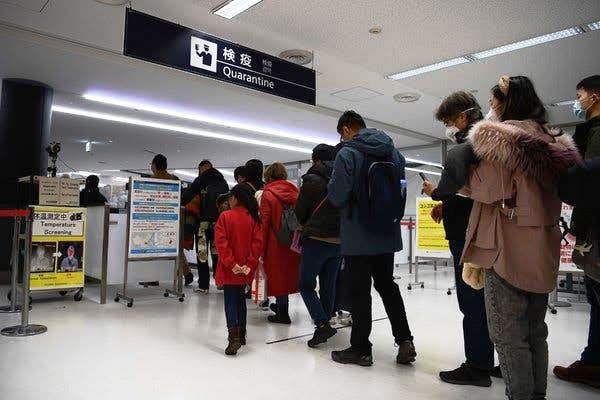 U.K.’s British Airways announced Wednesday it would halt all flights to and from mainland China, while other airlines including Air Canada and United have canceled selected flights.

The U.S. and other countries have started to evacuate their citizens out of China.

The CDC (Centers for Diseases Control and Prevention)  is asking Americans to prevent all nonessential travel to China, expanding its travel warning from the city of Wuhan to entire China as the coronavirus outbreak prevails.
Hong Kong also declared suspension of its transport links to mainland China and lengthened school closures after announcing a virus emergency for the city over the weekend.

Chinese officials have prohibited travel for at least 17 cities in its central Hubei province, where Wuhan is located. It’s an area housing more than 50 million people. The virus is considered to have first emerged in a Wuhan seafood market, where selling of snakes, marmots and other animals take place.
Hubei on Sunday, locked down inner-city and inter-province buses in an effort to restrict the epidemic.

A delegation of researchers has been sent to China by the World Health Organization to help combat the virus outbreak. Tedros Adhanom, the Director-General of WHO, met with China’s President Xi Jinping in Beijing earlier Tuesday.

While the frequency of reported coronavirus cases and casualties took place in mainland China, the virus has also been spotted in South Korea, Japan. Thailand, Taiwan, Vietnam, Nepal, Singapore, Germany, France, Australia, the UAE and the U.S.