The body of the senior Iranian military commander Gen. Qasem Soleimani has arrived in his home town of Kerman in southeast Iran for burial, the IRNA news agency confirmed on Tuesday.

State TV aired live footages of hundreds of thousands of followers in the streets of the town, many of them wore black dresses to mourn Qasem Soleimani.

Qasem Soleimani was largely attributed as Iran’s second most influential figure behind Supreme Leader Ayatollah Ali Khamenei, who also wept in grief along with thousands of mourners who jammed the streets of Tehran for Soleimani’s funeral.

Funeral’s prayers were held in the Iranian Capital Tehran. Khamenei led the prayers while continuously pausing as his voice cracked with emotion. Qasem Soleimani, 62, was a hero even to many who do not consider themselves supporters of the Iranian regime.

He was killed in a U.S. airstrike in Baghdad, leaving International Airport on Friday, Jan. 3rd.

Mourners thronged the streets, chanting: “Death to America!” – an expression of national unity after anti-government protests in November in which several demonstrates were slain. 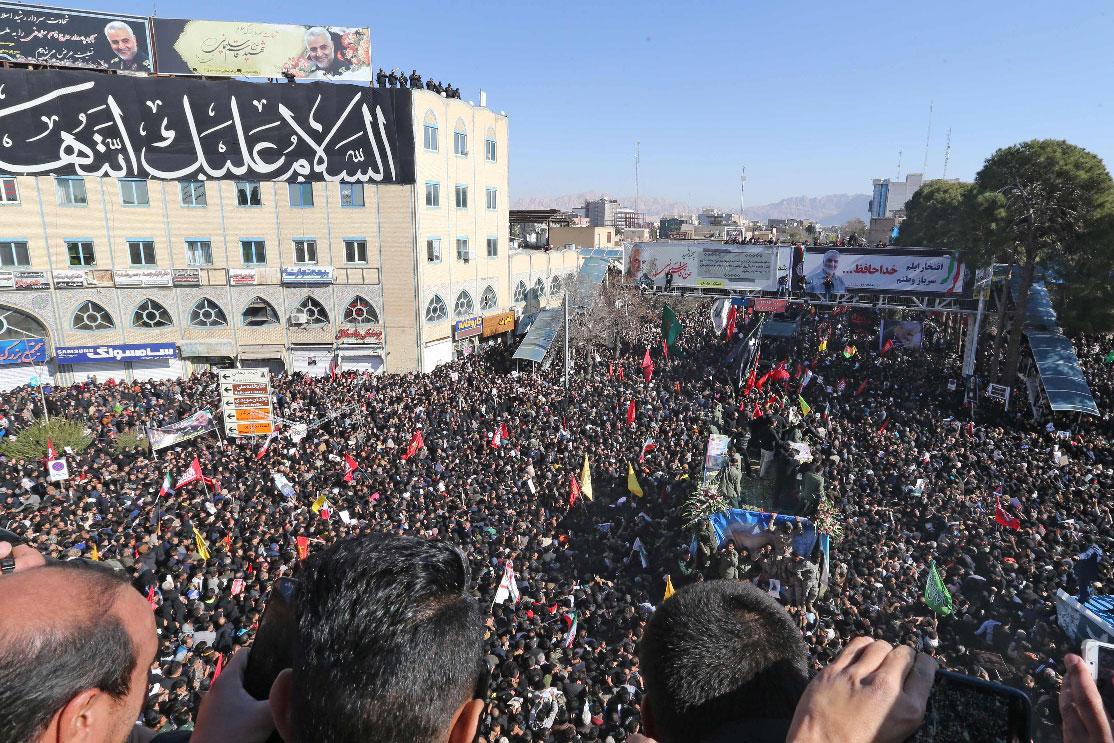 The crowd, which the state media said numbered in millions, reminded the masses gathered in 1989 for the funeral of Islamic Republic’s founder, Ayatollah Ruhollah Khomeini.

The killing of General Qasem Soleimani has triggered fears around the world of a wider regional conflict, as well as calls in the U.S. Congress for legislation to limit President Trump’s actions from going into a war against Iran.