Home World Boeing 737 Crashes in Iran Shortly after Take-off killing all 176 on... 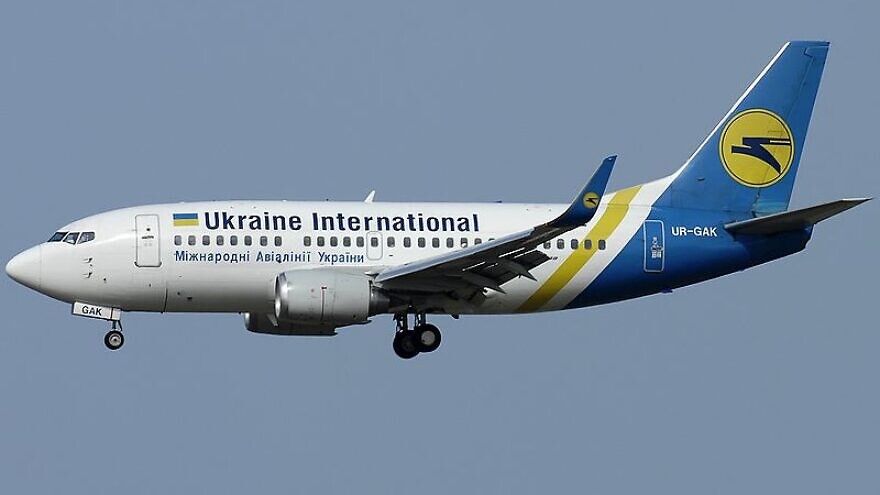 “There was a total of 167 passengers along with nine crew members on the plane,” Ukraine’s Prime Minister Oleksiy Valeriyovych said and added, “all people on board lost their lives.”

The Boeing 737-800 takes off for Kyiv, at around 6 a.m. local time from Imam Khomeini International Airport in Tehran.
Early photos from press revealed that emergency workers were looking for the airliner’s wreckage outside of Tehran. However, Ukrainian International Airlines later confirmed that all personnel on-board was dead and told that most of the victims belong to Iran, Ukraine, Canada and Sweden. Airlines from most parts of the world postponed to Tehran until any further notification.

The Foreign Minister of Ukraine said in a separate statement that people on the plane were also from Britain, Germany and Afghanistan.

The Reason for the Boeing 737 crash

A spokesperson of the airline revealed during a press conference that nothing happens wrong with the Ukrainian plane and that it carried through a team of experienced crew.
So far the reason for the crash was not known. But, reports had come from Iran’s Fars News Agency, suggesting the plane was crashed mainly because of some technical issue. They did not mention any further detail in their reports.

Ukrainian embassy in Iraq briefed in a statement that it was the engine failure which caused a crash. However, they later removed the statement, saying that any comments about the root cause of the plane’s crash prior to verdict of the commission would not be official.
Reuters reported about the crash of Ukrainian airliner, mentioning Ukraine’s International Airlines official statement that it’s doing all possible measures to determine the real source of the incident and will do a systematic investigation.

President Zelensky instructed the Prosecutor General of the country to arrange open criminal proceedings of the air crash.

Iran’s state television told in a telephonic briefing to the heads of Emergency Management and members of Civil Aviation that Shahriar, near Tehran, was the crash site. Emergency services said that flames at the site were so intense that they halt the rescue efforts.

International Airlines of Ukraine stated that it has a total of forty-two planes in its fleet and operates around 1110 flights in a week. The airlines, however, did not respond instantly for the request to share more information.
Boeing says in a statement that they’re attentive to the situation out in Iran and will gather more information about the crash. 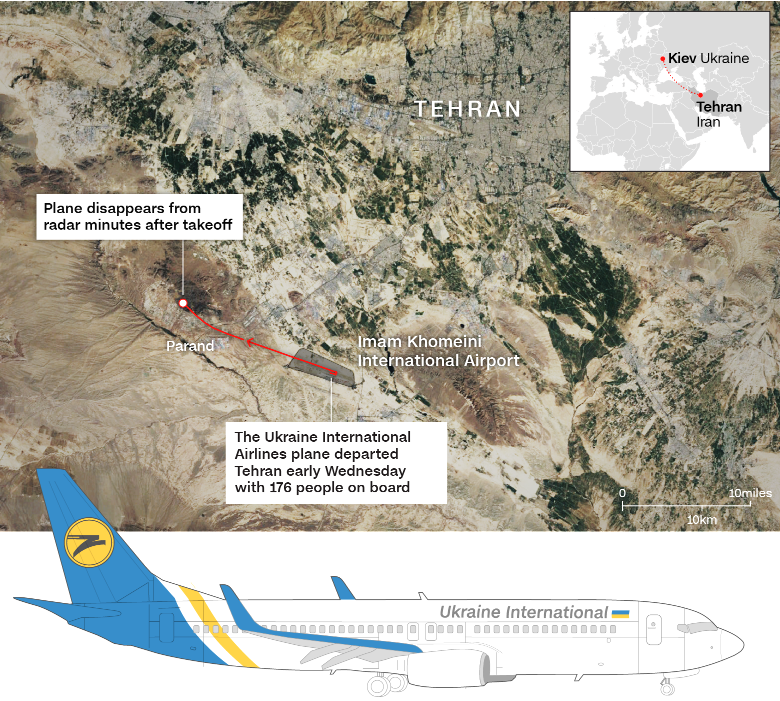 The Ukrainian airliner crashed at a time when tensions between the U.S. and Iran were already mounting. “American airlines are banned from flying over Iran because of the risk of commercial aeroplanes being mistaken as military aircraft,” Federal Aviation Administration of the United States told in a statement.

FIightradar24 reported some other non-American airlines have also routed their flights to avoid using Iraqi and Iranian airspace.