Home Economy Long-term prospects for the development of the Ukrainian Economy after the victory...

The entire civilized world doesn’t doubt that Ukraine will eventually win the war. Therefore, many have started discussing how to reconstruct and rebuild Ukraine’s economy and infrastructure.

Given the most recent forecasts, Ukraine’s GDP will fall by 35-50% in 2022 because of this unprovoked war of Russia against Ukraine. The country estimates around 5-6 million refugees and hundreds of thousands of destroyed buildings. 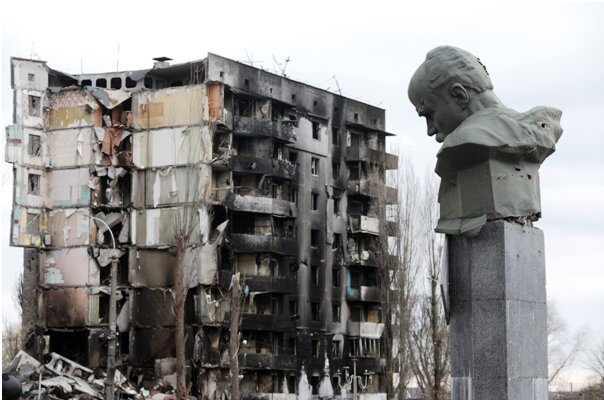 Despite all the destruction, Ukraine and other countries are already discussing how to rebuild the economy, rebuild the infrastructure, rebuild homes for refugees, and provide jobs to millions of Ukrainians.

The entire civilized world is ready to help achieve these goals. The EBRD, the World Bank, USAID, the UN, and almost all European countries have already expressed their desire to participate in the reconstruction of Ukraine’s economy.

This article aims to explain the current economic situation in Ukraine and potential ways to improve it. Keep reading the article to learn how Ukraine can recover and what to expect in the future.

The Business Sector: Export And Innovations

The speed of Ukraine’s reconstruction and economic development will depend a lot on the ability of local businesses to adapt to the war reality. The more companies stay afloat during the war, the easier it should be for the overall economy to recover.

The statistics claim that 37% of Ukrainian businesses stopped operating at the beginning of the war. Today, 17% struggle to keep up. This data proves that businesses are gradually adapting and recovering from losses. However, 60% of companies are still operating below their pre-war capacity.

The business recovery time is slowing down, signaling that it has reached a plateau. The First Deputy Governor of the NBU, Kateryna Rozhkova, says that there are a few reasons for the logistics chains’ destruction:

Kateryna Rozhkova also claims that small and mid-sized businesses recover at a slower pace than large companies. These businesses are forced to cut employees’ wages due to a loss of profit.

Given the decrease in profit, the tax revenues have also decreased. The Ministry of Finance estimates a deficit in the state budget of around $5-7 billion per month. This deficit is covered by aid from partner countries in grants and loans.

Despite all the aid, the National Bank reports that in April, inflation in Ukraine was 15.9%, and by the end of the year, the number might reach 20%. Compare these numbers to one of the most challenging years of 2020, when inflation was only 5%.

However, some experts have optimistic forecasts. They believe Ukraine should continue to support the IT industry. Ukraine has been gaining weight in terms of IT industry recognition for a while now.

The country was ranked 20th in the AT Kearney Global Services Location Index. Moreover, Ukraine was also ranked 2nd in the Global Innovation Index by Wipo in 2020.

To back up this claim, most experts use Israeli as an example. It’s the exact path taken by the country years ago. First, the country used information technologies as a defense tool, and then it became public.

Some experts also believe that Ukrainian businesses should focus on international markets. It could become the salvation for Ukraine, enabling its business, and thus the overall economy, to survive and stay afloat. This focus would allow companies to pay their taxes, support the economy, and naturally bring foreign currency into the country.

Eu Membership And Its Prospects For Ukraine

The EU ambassador to Ukraine, Matti Maasikas, believes that if Ukraine becomes an EU member, it will fundamentally change its economy for the best. With Ukraine recently becoming an official EU membership candidate, it becomes abundantly clear that the country will sooner or later become a full EU member.

The main advantage of Ukraine becoming an EU member is the ability to join the single European market. However, even considering Ukraine recently became a candidate country, it doesn’t mean it will become a member in the most recent future. Ukraine has to carry out serious reforms, specifically judicial reforms.

European companies and investors want to be positive that the judicial system in Ukraine works the same as in the rest of Europe. That way, these companies can expect protection of their interests and rights.

Joining the European Union isn’t just about accessing one market or having the same economic principles. It’s also about the reforms, meeting high EU standards regarding the quality of goods and services, environmental standards, etc. Thus, investors like ICOholder and others know what to expect from entering Ukraine’s market.

Ukraine becoming an EU candidate means getting grants and financial aid to reform the country, so it meets these high standards. Moreover, as the country changes and reforms, foreign businesses better understand what to expect from investing in the country. 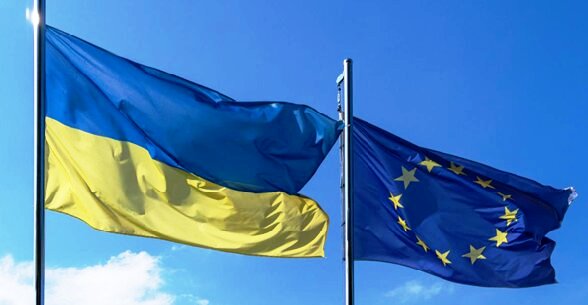 Undoubtedly, Ukraine’s economy will be growing fast with investors’ help. Investors will receive profit while the economy is growing. If Ukraine is successful in reaching all high standards of the EU, it will keep getting more foreign investors.

As mentioned, becoming an EU member is a long journey. However, different European organizations and separate governments are already supporting Ukraine. European and U.S organizations that have previously provided Ukraine with financial aid are increasing the amounts of support.

For example, United Nations Development Programme (UNDP) is interested in supporting small and mid-sized businesses to minimize the impact of war on these sectors of Ukraine’s economy.

According to Christophoros Politis, a United Nations Development Program representative, small and mid-sized businesses are like cement used to glue together separate bricks. These companies play a critical role in reconstructing the country’s economy. Small and mid-sized businesses provide jobs for Ukraine’s citizens. Ukraine needs to preserve these jobs to support its citizens and the economy.

UNDP aims to create a fund for entrepreneurs forced to relocate their businesses from the east and south of the country. The goal is also to provide work to refugees after their return to Ukraine. According to various estimates, there are 5-6 million refugees.

Another organization supporting Ukraine is the International Finance Corporation (IFC). It aims to support private businesses. The main help it provides is speeding up the project approval procedures.

Moreover, IFC understands the consequences of Russia’s war against Ukraine and its consequences for the world. For example, Ukraine is one of the largest suppliers of agricultural products. The organization and several Ukrainian banks work together to support critical exports and imports in Ukraine.

Undoubtedly, Ukraine will require billions of dollars to rebuild its infrastructure, economy, rebuild homes for its citizens, etc. However, serious questions arise: where to get finances, and who will control the process?

The U.S and Europe are already helping. The European Commission published a rebuilding plan in May. Some of the key parts of this plan include grants, loans, and investments. But the question is, how should the country spend the money to recover effectively?

The world already has experience when it comes to rebuilding cities and countries after the war. Most experts use the positive reconstruction experience after World War II. However, there is Afghanistan and Kuwait and their less successful rebuilding experience. Ukraine will have to analyze these experiences to avoid mistakes.

An analytical platform, VoxUkraine, with American and Swedish experts, came up with the plan “A blueprint for the reconstruction of Ukraine.” It differentiates six critical points necessary to rebuild the country:

Additionally, Ukraine will have to focus on enforcing reforms to get the money under the Marshall Plan. Most experts also emphasize that when rebuilding the country and its economy, it’s critical to consider the long-term strategy. For instance, what will Ukraine be like in 10, 20, or 30 years? 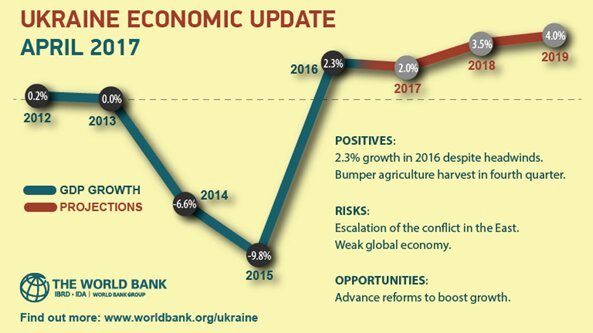 That’s why reforms are so important. Ukraine has the potential to become a modern, digitized country rather than just a burden for the EU. However, the country has a lot of hard work to do. Luckily, most analysts have a positive view of the country’s future.

As mentioned, Ukraine will win this war and hopefully receive war reparations. The most difficult part will be the country’s reconstruction. Undoubtedly, the world’s experience in rebuilding countries post-war should be helpful, and it’s a good thing that experts are now discussing the recovery process.

Ukraine’s future also depends greatly on whether Ukrainian businesses will be creative and modern. If they create new projects and invest in personnel education and development, staying competitive in the global market should be easier. The fact that the business is currently adapting to the new reality speaks positively about Ukraine’s ability to recover and even improve in the future.